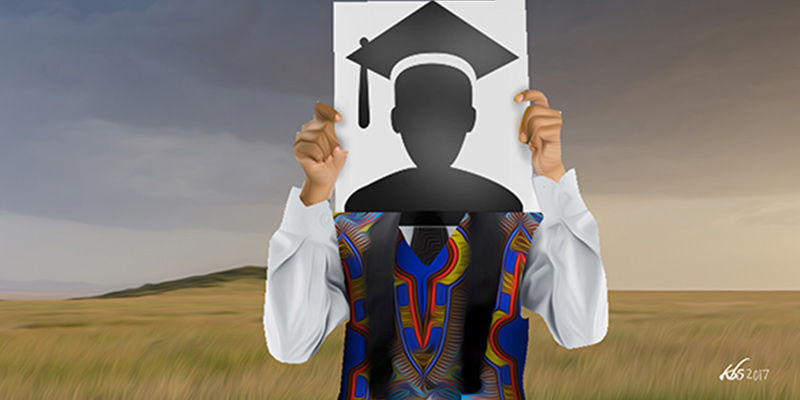 Africa’s so-called research industry is a rapidly growing sector that is dominated by for-profit companies, state agencies, and universities, among a litany of actors trying to understand society and develop nuanced policies on critical societal issues. At the heart of this industry is the research assistant who is part repairman, part liaison officer, part translator, part moderator, part research broker, part administrator and part babysitter.

Perhaps the latter aspect seems a bit over the top when it comes to the many hats the research assistant has to wear – as the research assistant is called to in local research circles – but in the field, it is nevertheless an appropriate description; Research respondents are known to show up for a focus group discussion (FGD) with toddlers or babies.

The course of an RA generally begins with an initiation session offered by the research team. These are usually foreign nationals, senior consultants operating locally, or development organizations that have received research funds. During their training, RAs become familiar with the data collection tools and methods that will be used in the project. Whenever possible, a pilot session is organized.

The ARs are then sent on a research mission; they may be responsible for recruiting study respondents, facilitating group discussion sessions, conducting interviews and taking notes and it is not uncommon to find an AR playing one or the other. other of these roles. The level of compensation that RAs receive is usually determined by the senior management of the hiring organization. Given the high unemployment rate and low bargaining power of many potential research assistants, more often than not they accept less than they are worth.

Among the tasks typically assigned to the RA, recruiting potential respondents is perhaps the most difficult. Most people will need to know what they have to gain by participating; “kuna chai?“ who is kenyan for “do i make some money with this?” This question can be justified depending on how you look at it; First, these people leave their productive spaces for about half a day, and second, they spend money on transport. It is not uncommon to supervise a research project in a remote community where respondents come from villages 40 km from the focus group discussion (FGD) location.

Common practice is to recruit excess respondents to cover potential absences, but in some cases all those recruited leave the RA to deal with those who need to be fired and who may become aggressive in demanding reimbursement of their costs. This is a situation that calls on the negotiating skills of the RA, as the money for such reimbursements is often not included in the study budget. Fixed budgets mean that the respondent who brought his wife and child can leave the AR out of his pocket as he / she provides additional meals and return transport costs. Husbands are known to pocket the incentive and immediately disappear, leaving their families stranded and forcing the RA to provide money for transport from personal funds.

You might be wondering why, but NGOs have a habit of offering incentives to research participants. International NGOs can afford to give large sums of money as an incentive, and sometimes include food. Research participants have come to expect the same level of incentives from all other research organizations and will complain if this standard is not met.

Then there are the “serial respondents” who are all too familiar with research studies. This is common when a recruiting agency uses the same database of respondents for multiple projects. Serial respondents have expectations about the type or amount of compensation they should receive based on their previous experience.

Serial respondents will often have participated in studies undertaken by various (international) NGOs and as such generally have some idea of ​​the “going rate”. That’s why they sometimes bring friends who haven’t been invited to participate by AR so that they too can “get on the sauce train.” Participants can earn up to 2,500 KSh ($ 25) for participating in a focus group, a reasonable amount for a 2 hour engagement in many parts of the country.

However, a critical concern is whether serial respondents lend credibility to the research process. Given that they participate in many focus groups, interviews, and surveys, is it possible that they “learned” how to answer questions? Have they imagined ways to manipulate recruiting agencies to stay in the recruiting bases? So how can local researchers, without huge research budgets, compete in a situation where foreign researchers have tipped the “market” in their favor?

The black market for knowledge

The above narrative reflects the day-to-day administrative experiences of a research assistant that are often overlooked by contract researchers. However, beyond administrative tasks, ARs usually also make epistemic contributions to the research process. First, before recruitment, the RA receives a respondent profile which gives the general characteristics of the individuals who will participate in the study.

The RA is then asked to make quick judgments, based on a 10-15 minute face-to-face or telephone conversation, on the ability of the selected individuals to effectively contribute to the research exercise. During interviews and group discussions, the moderator or interviewer is responsible for bringing the data collection instrument to life, translating and seeking answers that will drive the discussion towards the research objectives.

In the data collection phase, moderators and note takers play the essential role of providing data which will then be transcribed and analyzed to generate research results. To ignore this crucial role played by the local research assistant amounts to stifling the machinery of knowledge production.

However, a critical concern is whether serial respondents lend credibility to the research process.

After the fieldwork, the RAs are not recognized as having been part of the research projects to which they have contributed, but are simply relegated to the periphery as “researchers”. In the black market for knowledge production, research assistants like me don’t even have a say in the amount of compensation.

Given the crucial role that research assistants play as research brokers, where do they stand on the research spectrum then? How then can we begin to recognize them as essential drivers of the research process and treat them as such in fact and in compensation? As Sabelo Ndlovu-Gatsheni notes, “the silence of ‘local’ and ‘African’ voices in research is largely to blame for the epistemic divide between North and South, where research assistants have remained hunters. raw data collectors and “Aboriginal informants”.

These residents collect data on behalf of Global North researchers who then develop theories and publish this data. Theories and concepts are consumed and sometimes even tested in Africa.

Research assistants have long been on the periphery of the knowledge production continuum. Western researchers rushed with funding, armed with the research design and methodology, but with little or no knowledge of the local context. They are forced to rely on local researchers to “fix”, “negotiate” and facilitate interviews and discussions with respondents as well as for other types of research activities.

In the end, research assistants leave with their sometimes meager salary, without any recognition in the research results. So what contribution do local research assistants make to knowledge production in Africa? Are they just a means to an end? How can local scholars rid the epistemological space of existing racial hierarchization and asymmetric power relations to claim their space as “research collaborators” rather than simply being seen as “assistants”.

In his article, Decoloniality as Africa’s Future, Sabelo J. Ndlovu-Gatsheni mentions that despite the independence of Africa, areas such as culture, religion, language, aesthetics, spirit and psyche remained colonized. He alludes to the fact that African knowledge systems still remain subjugated to Euro-North American centered systems. As such, decoloniality is imperative to dismantle power relations and conceptions of knowledge that propagate the reproduction of gender, racial and geopolitical hierarchies born or energized by the colonial world.

RAs are not recognized as part of the research projects to which they have contributed, but are simply relegated to the periphery as “researchers”.

It is regrettable that we find these hierarchies and dichotomies replicated in the research and knowledge production space where Westerners have positioned themselves as the “controllers” of research agendas and initiatives. These “perceived” or “implied” privileges are probably due to the fact that one, the funding follows a North-South channel and that two seemingly sophisticated and progressive knowledge systems are prevalent in the West. The consequence of this positioning is that researchers and knowledge systems located in countries of the South are relegated to the bottom of the research food chain.

Own our research stories

Local researchers, mostly research assistants, then become more or less the “hunter-gatherers” of knowledge, auctioning off those who pull the purse strings. We are now caught in a situation where foreigners use African experts to study Africa and African phenomena but totally obliterate or dismiss the locals who facilitate their research. As African scholar Chinua Achebe put it: “Until lions have their own historians, the history of the hunt will always glorify the hunter.

This is not to romanticize indigenous and vernacular approaches, nor to imply that they must be taken as they are without a corresponding level of scrutiny and analysis. We still need to create and open spaces for the narratives and knowledge of the Global South to interact with and confront or reinforce those of the Global North. It is time for African scholars to focus on African narratives, especially where intellectual contributions have been made.

Leaving a Job Due to Vaccine Requirements? You will not be eligible for unemployment