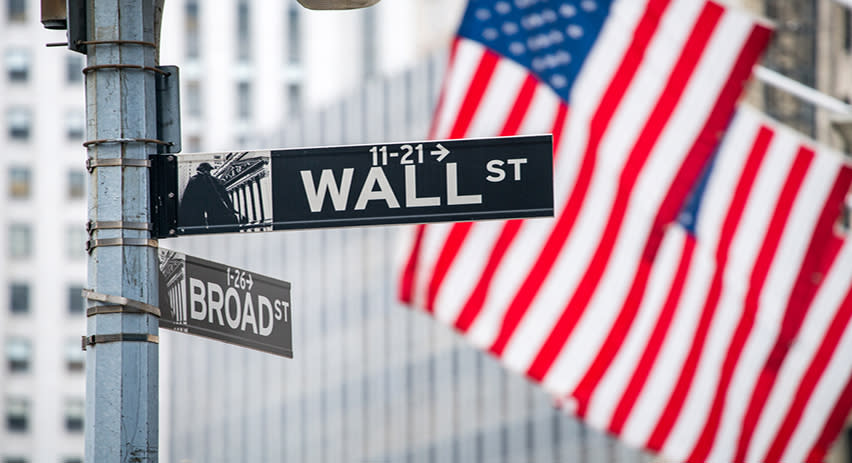 The Federal Reserve changed course last month, implementing its first interest rate hike in 3 years and announcing the end of its longstanding policy of bond purchases – quantitative easing – going forward. The moves are a direct response to high inflation, a necessary change when inflation is at 8.5% annualized.

In the meantime, markets are volatile. Stock and bond markets fluctuate and we are beginning to see short-term bond yields outpacing long-term ones. It really is an interesting time.

For investors looking for a clear path in this unclear environment, it’s worth checking with major investment banks, such as Wall Street giant Morgan Stanley. The company’s analysts are always on the lookout for stocks poised to perform regardless of macroeconomic conditions.

With that in mind, we used the TipRanks database to extract the details of two heavyweight stocks that the banking giant’s analysts have been mining. According to Morgan Stanley, their upside potential starts at 50% and increases from there, and furthermore, both are ranked as strong buys by analyst consensus. Let’s take a closer look.

The first stock we’ll look at, Charles Schwab, is one of the top banking firms in the United States, which makes this pick, for Morgan Stanley, a bit of a busman’s vacation. Schwab is the largest publicly traded investment services firm in the United States and has some $7.6 trillion in client assets. Schwab is well known for its role in bringing equity investing to the masses, acting as both an investment manager and discount broker, and providing full-service banking and investment services to more than 33 million customer accounts in the US market and abroad.

Schwab’s stock has followed the market trend this year, showing high volatility superimposed on a downward trend. SCHW shares are down 9% year-to-date, and recent quarterly results have contributed to the latest downturn.

The company disappointed in both revenue and earnings in the first quarter; Revenue fell 1.1% year-over-year to $4.67 billion, below the $4.83 billion that Wall Street had anticipated. Non-GAAP EPS of $0.77 is lower than the consensus estimate of $0.84.

However, looking at Schwab after the disappointing performance, Morgan Stanley analyst Michael Cyprys calls the stock’s selloff “overdone” and points to the positives. In fact, Cyprys says the stock’s weakness provides an even better opportunity than before the quarterly results.

“SCHW’s 1Q22 earnings were below expectations with a lack of revenue and NIM, but with continued momentum and beatings on net new assets, average interest earning assets and strong new account growth which demonstrate the strength of the underlying business which should benefit from higher rates,” the analyst wrote. “SCHW’s rate sensitivity remains intact while underlying growth in new assets and customers remains strong and therefore sees an even more attractive entry point to our call to print where we have named SCHW as our top pick.”

Comments from Cyprys confirm its overweight (i.e. buy) rating on this stock, while its price target of $132 implies a 73% upside for the year ahead. (To see Cyprys’ track record, Click here)

Overall, the 13 recent analyst ratings on Schwab split 10 to 3 in favor of Buys over Holds, for a consensus rating of Strong Buy. The average price target of $101.04 indicates approximately 32% year-on-year upside potential from the current trading price of $76.45. (See SCHW stock forecast on TipRanks)

Morgan Stanley’s next pick is Delta Airlines, and as we all know airlines have been hit hard during the corona crisis. Although they rebounded when the economy reopened last year, they have yet to fully recover. Delta shares are still down from pre-pandemic levels, although year-to-date Delta shares are up 11%, reflecting increased travel as COVID recedes finally.

It’s not just Delta shares that have been gaining in recent months. The company’s revenue fell off the corona cliff in 2Q20, but steadily increased from mid-2020 through the end of 2021. The most recent quarter, 1Q22, showed $9.35 billion in revenue revenue, more than double the 1Q21 result and coming in above the street call of $360 million.

The airline, however, posted a net loss of $1.23 per share in the first quarter. Still, the loss was less than half of the $3.55 loss recorded in the year-ago quarter and topped the consensus estimate of $0.04. Delta had a strong liquidity position at the end of the first quarter; even after spending $1.6 billion of its operating cash flow on aircraft purchases and modifications, the company still had $197 million of free cash flow. This was part of $12.8 billion in total liquidity, which also included cash equivalents, short-term investments and available credit.

It all adds up, in the eyes of Morgan Stanley’s Ravi Shanker, to a solid opportunity. He writes: “March [was] the best cash sales month in DAL’s history (despite offering 10% less seats than before the pandemic). We got a glimpse of this strength in the mid-March updates when several airlines announced record travel days the previous week, but it’s now clear that this momentum carried through to the end. of the month and beyond.

“Despite the number of black swan events, we remain optimistic about US Airlines and DAL, in particular, as we believe the best is yet to come. The best mix is ​​a head of us as a business and international push towards standardization. Pent-up demand continues to swell. The best operating leverage is ahead of us as restoring capacity outpaces adding resources and high returns drop to the bottom line,” the analyst added.

Consistent with this view of Delta’s underlying strength, Shanker rates the stock as overweight (i.e. buy), with a price target of $65 implying a 12-month upside of around 50%. . (To see Shanker’s background, Click here)

Once again, Morgan Stanley is taking a bullish stance without becoming an outlier. Delta has 15 recent analyst views, with 13 buy and 2 hold, giving the stock its consensus strong buy rating. The shares are priced at $43.54 and the average price target of $49.92 suggests an upside of around 15% over the coming year. (See DAL stock forecast on TipRanks)

Disclaimer: The opinions expressed in this article are solely those of the analysts featured. The Content is intended to be used for informational purposes only. It is very important to do your own analysis before making any investment.