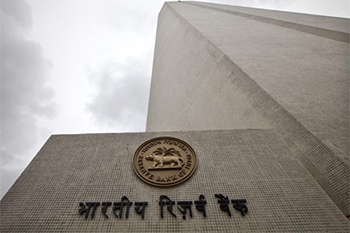 The Reserve Bank of India (RBI) has canceled the license of People’s Co-operative Bank Limited in Kanpur, Uttar Pradesh. As a result, the bank ceases to exercise its banking activity, effective from the close of business on March 21, 2022.

The Reserve Bank canceled the bank’s license because:

I. The bank does not have sufficient capital and income prospects. As such it does not comply with the provisions of Section 11(1) and Section 22(3)(d) read together with Section 56 of the Banking Regulation Act 1949.
ii. The bank failed to comply with the requirements of Article 22(3)(a), 22(3)(b), 22(3)(c), 22(3)(d) and 22(3)( (e) read with section 56 of the Banking Regulation Act 1949;
iii. Maintaining the bank is detrimental to the interests of its depositors;
iv. The bank, with its current financial situation, would be unable to pay its current depositors in full; and
v. The public interest would be compromised if the bank were allowed to continue its banking activities.

2. Following the cancellation of its license, People’s Co-operative Bank Limited, Kanpur, Uttar Pradesh is prohibited from carrying on the business of ‘banking’, which includes accepting deposits and refunding deposits as defined in Section 5(b) read with Section 56 of the Banking Regulation Act 1949 with immediate effect.

3. In the event of liquidation, each depositor would be entitled to receive the deposit insurance claim amount of their deposits up to a monetary cap of Rs5,00,000/- (Rupees Five Lakh only) from the Deposit Insurance and Credit Guarantee Corporation (DIGCC) subject to the provisions of the DICGC Act of 1961. According to data submitted by the bank, more than 99% of depositors are entitled to receive the full amount of their deposits of DICGC. As of February 14, 2022, the DICGC has sanctioned Rs6.97 crore of the total deposits insured under the provisions of Section 18A of the DICGC Act 1961 based on the will received from the concerned depositors of the bank.

CESTAT removes the penalty and confirms the revocation of the license