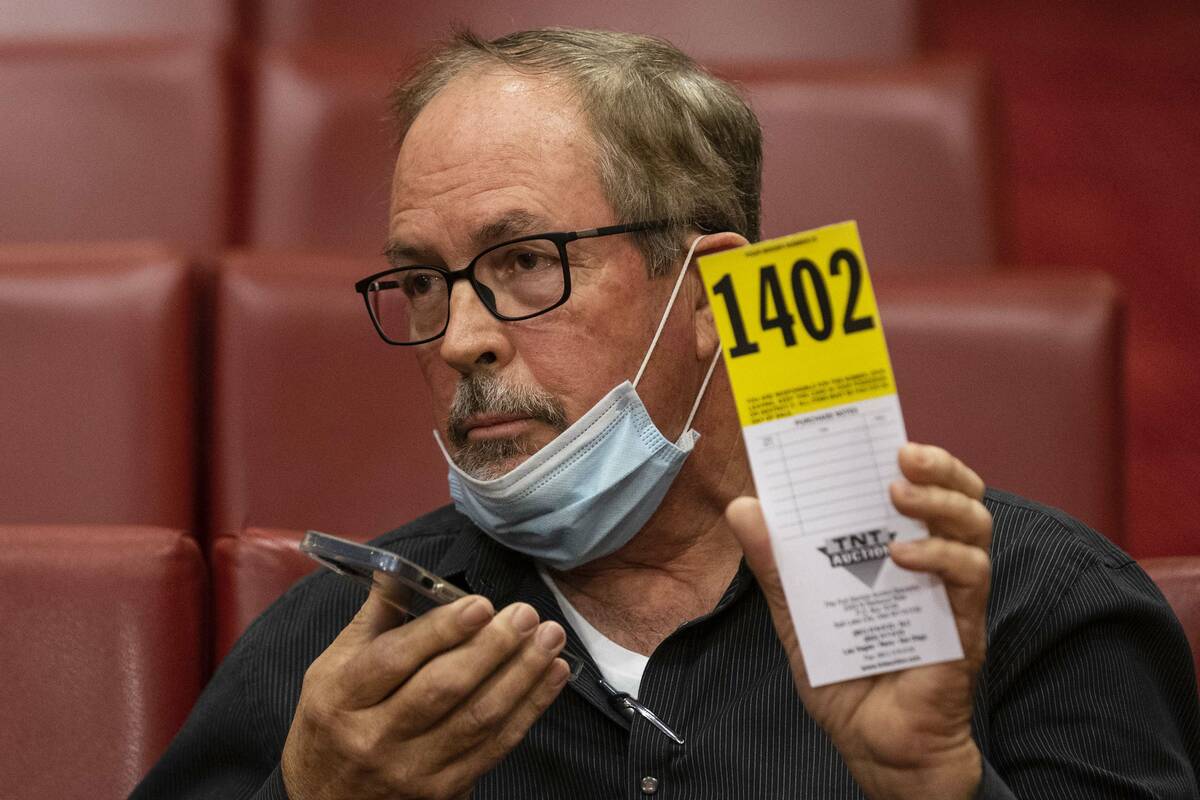 A pawnshop license sold for $ 1.9 million on Monday morning at the city of Las Vegas’ first license auction.

The seven-bidder auction inside the city council chamber amounted to a two-man race between competing pawn shops, with SuperPawn winning the city’s 25th pawnshop license.

The starting bid was $ 60,000. The auctioneer pointed to SuperPawn’s Dave Vale with his left hand, Gold & Beyond’s King Zalach with his right, and then again Vale with his right. They came and went. If one of the other five bidders raised their hand at the start of the auction, it didn’t last long. Ultimately, Zalach conceded.

SuperPawn won the license for $ 1.9 million in an auction that lasted three minutes and 34 seconds.

Zalach walked over to Vale and squeezed his hand with a smile.

“When would you have stopped?” Zalach asked.

â€œI don’t think I would have quit,â€ Vale replied.

The new SuperPawn store would likely open in an underserved part of the Las Vegas Valley, he said after the exchange. The company, which operates pawn shops at multiple locations in the valley, has yet to go through a verification process and receive licensing approval from the Las Vegas City Council.

The ordinance only applies to pawnshop licenses, which are limited by population totals and were previously awarded through a lottery system. The next license will be available when Las Vegas’ population reaches 700,000 – the city currently has 670,000, city spokesman Jace Radke said.

The city’s director of business licensing Darcy Adelbai-Hurd said she didn’t expect the license to sell for what she did. Radke attributed the uncertainty to the fact that Monday’s auction was the first under the order, adding that the money would go to the general Las Vegas fund.

Who is Captain Sean Meagher of "Under the Bridge"? Instagram, jobs and what to know