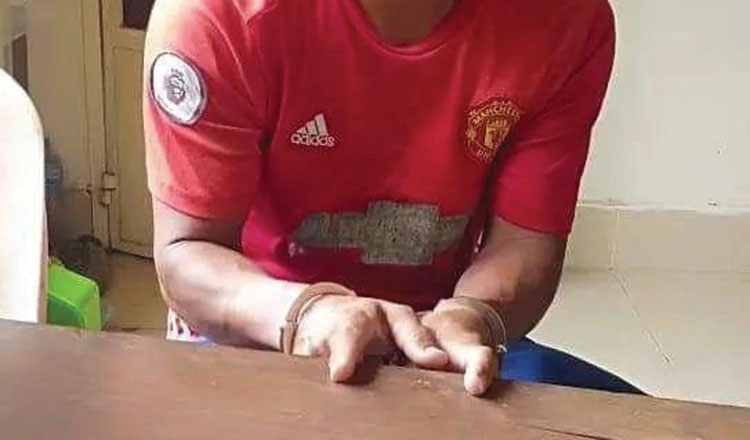 A 32-year-old man, imprisoned for five years, saw his sentence increased by two years following an appeal by a prosecutor.

Morn Sovannara was found guilty of trafficking 30 Cambodians from Svay Rieng province to work illegally in Thailand in 2020 by Svay Rieng Provincial Court on August 8 last year and was sentenced to five years in prison, including two-year suspended sentence.

The Svay Rieng Provincial Court prosecutor disagreed with Sovannara’s conviction and appealed the conviction to the Court of Appeal.

The presiding judge of the Phnom Penh Court of Appeal, Suos Sam Ath, in his judgment yesterday said that the council of judges increased Sovannara’s sentence from five to seven years because he was accused of ” unlawful recruitment for the purpose of exploitation” and that the charge called for a minimum prison term of seven years. years to 15 years maximum.

“This prison sentence of seven to 15 years is in accordance with article 12 of the law on the suppression of trafficking in human beings and sexual exploitation.”

“The trial court had sentenced Sovannara to five years’ imprisonment and two years suspended on the five-year prison sentence. This is contrary to article 12 of the Law on the Suppression of Trafficking in Human Beings and Sexual Exploitation.

“The Phnom Penh Court of Appeal has decided to correct the sentence of Morn Sovannara which was pronounced by the provincial court of Svay Rieng to seven years in prison, which is the weakest sentence for his charge”, a- he declared.

According to court documents, Sovannara took 30 Cambodian men and women living in Svay Rieng to seek jobs as construction workers in Thailand in 2020,

The 30 job seekers each paid $200 to Sovannara for its job brokerage service.

After arriving in the Thai province of Samut Sakhon, Sovannara handed them over to the owner of a construction company and collected a three-month salary for each of the workers from the Thai owner.

In February 2021, they returned home and then filed a report against Sovannara which led to his arrest on March 8, 2021.

Stamford mayor's husband could get a cannabis cultivation license

Charles Schwab extends his sponsorship of the On Course Foundation